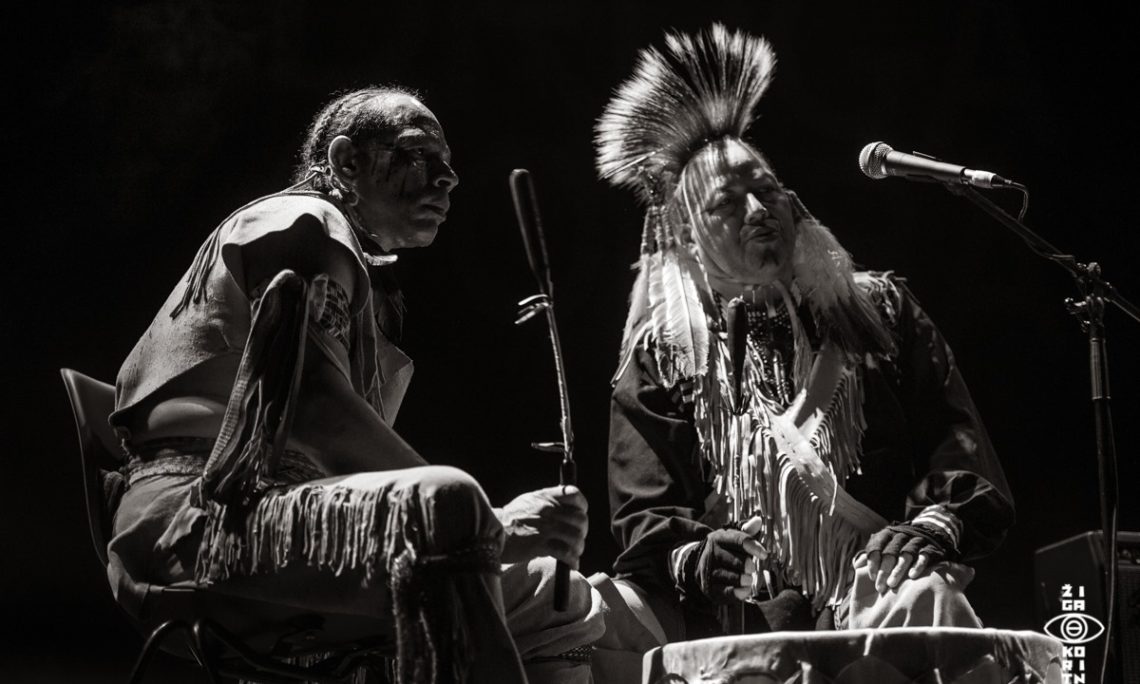 The U.S. Embassy in Ljubljana was proud to support the 30th International Druga Godba Festival offering a diverse and intensive musical program presenting the trends and latest developments in the world of traditional and urban music. The festival featured an experimental guitarist, composer and bandleader based in New York, Yonatan Gat performing with members of the Eastern Medicine Singers, Shawn Vincent Silva and Arthur Crippen. Prior to the concert, the festival organizers also set-up an Artist Talk with Yonatan Gat and the two members of the Eastern Medicine Singers. The talk covered issues like the state of Native American musical traditions, preservation of languages through music and how younger generations express themselves through music. The Native American performers spoke to the audiences about their dedication to keeping the eastern woodlands American Indian culture alive. One of the topics from this panel also included the state of Native American music in relation to more mainstream music spaces. The concert itself, featuring these two unique but somehow incredibly complementary styles, was a huge success. Featuring Gat’s explosive live performance style, which is known for its almost terrifying bouts of improvisation which border on performance art, worked seamlessly with the power of the two musicians from the irrepressible indigenous American musical tradition. This event was an incredible showcase of uniquely American art that lifted the spirit of the crowd.