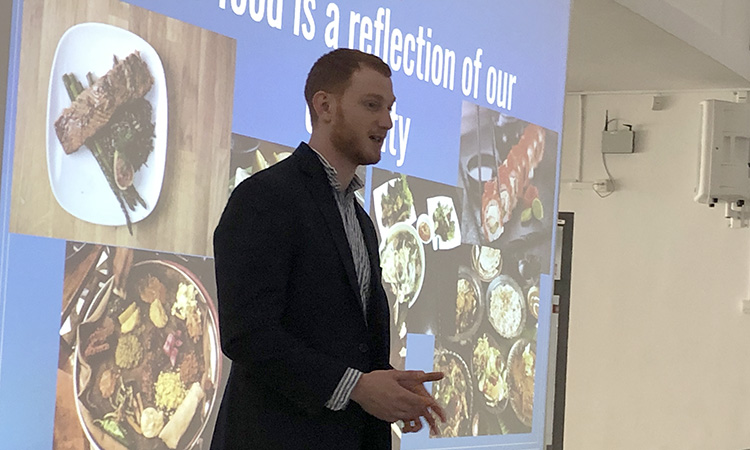 Deputy Public Affairs Officer Brian Street joined Slovenian and international students at the Faculty of Administration where he briefly introduced himself and the embassy’s activities, and answered questions on how to become a diplomat, diplomatic life, and the key parts of diplomacy. The students were also interested in political and economic differences and similarities between the United States and European Union.

Ljubljana middle school OŠ Ketteja in Murna hosted General Services Officer Julia Stanley, U.S. Marine Security Guards Sergeant Michael Martel, and Sergeant Eli Wyskowski. During a lively discussion, the students were most interested in the requirements one must meet to become a United States Marine. The students also wanted to know about the Marine’s uniforms and medals and how they maintain long distance relationships with their relatives and girlfriends.

Political Officer James Peranteau visited 60 middle school students at OŠ Oskarja Kovačiča to introduce the United States, its diversity and history. Peranteau also presented his home state Wisconsin, its capital Madison, and Washington D.C. where he spent 3 years. He also answered many students’ questions about differences between Slovenia and the United States on a variety of topics, including food, sports and safety. However, they were also interested in more serious themes, such as the differences between federal and state legislation and the health insurance system in the United States.