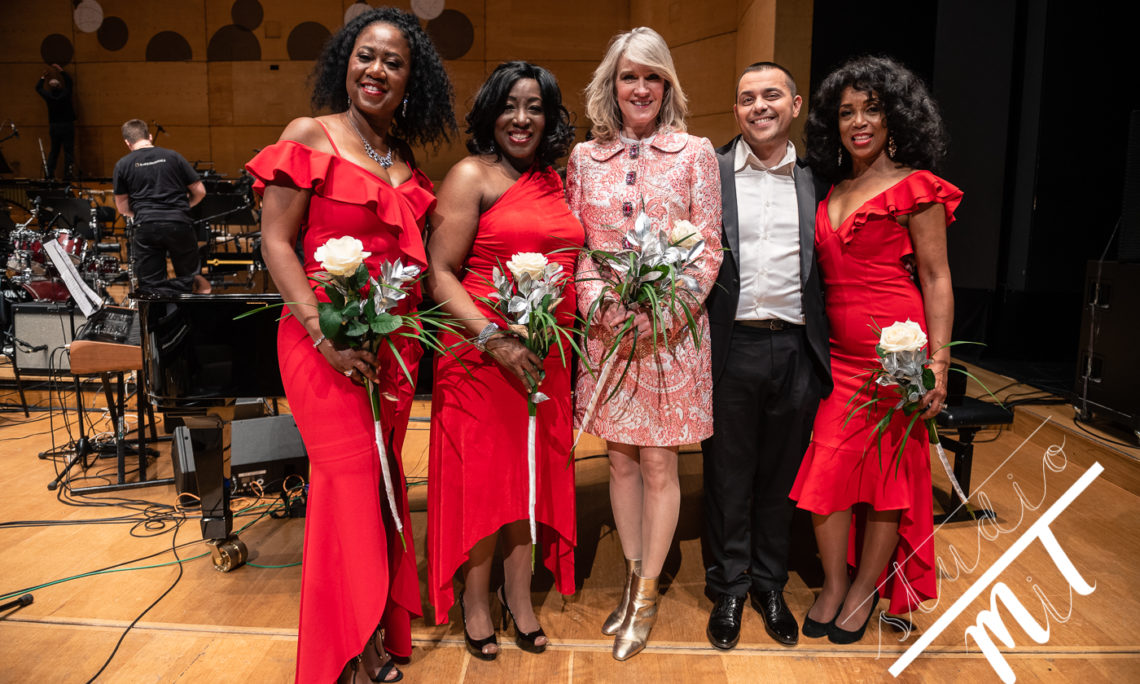 What are the holidays without music? Ambassador Lynda Blanchard was thrilled to attend the “Traditional Christmas Concert” in Cankarjev dom in December that featured acclaimed Slovenian music stars like Oto Pestner, Alenka Godec, The New Swing Quarter, Uroš Perić and many other. Uroš Perić joined forces with some iconic singers from the United States, The Raelettes, a famous group that performed beginning in the 1950s through 2003, and which was formed to provide backing vocals for the incomparable Ray Charles. Amazing Slovene pianist and singer Uroš Perić started his career in 2004 in a club in his hometown Celje, and when Ray Charles died in 2004, Uroš felt determined to keep this style of music alive. His charismatic voice, big smile and virtuosity on the piano touched the concert-goers’ hearts while the outstanding Raelettes with hits like “I Can’t Stop Loving You” or “Unchain My Heart” made clear that the spirit of the unforgettable Ray Charles was still very much alive.