Home Home | News & Events | To Hell and Back 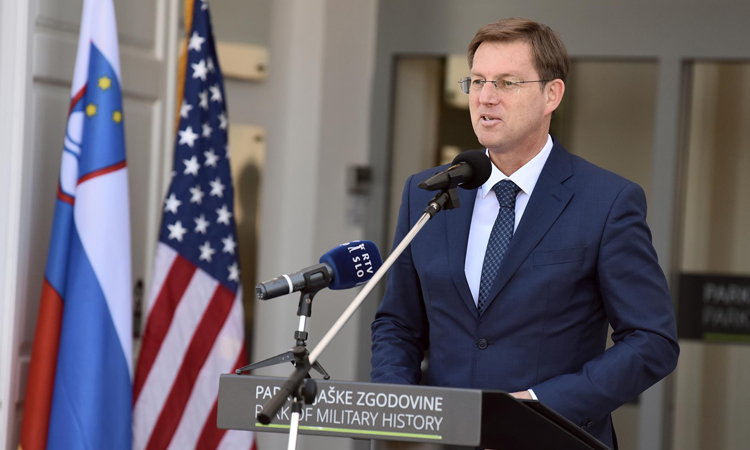 During World War II, 142 American Aircraft crashed in Slovenia. Our Embassy was very happy to support the development of an information portal collecting data on all American planes that were downed over Slovenian territory during the WWII prepared by the Park of military history Pivka, as part of the exhibition “To Hell and Back”. A retired General of the United States Air Force Frank Gorenc and Prime Minister of the Republic of Slovenia Miro Cerar opened the exhibition by emphasizing excellent cooperation between the two countries.
Thank you to Prime Minister Dr. Miro Cerar and General Frank Gorenc (ret.) for their strong words of friendship and cooperation at the opening of a powerful exhibition at Park vojaške zgodovine Pivka/Park of military history Pivka honoring fallen American aircraft in Slovenia during World War II.
Photos by Prime Minister’s Office.