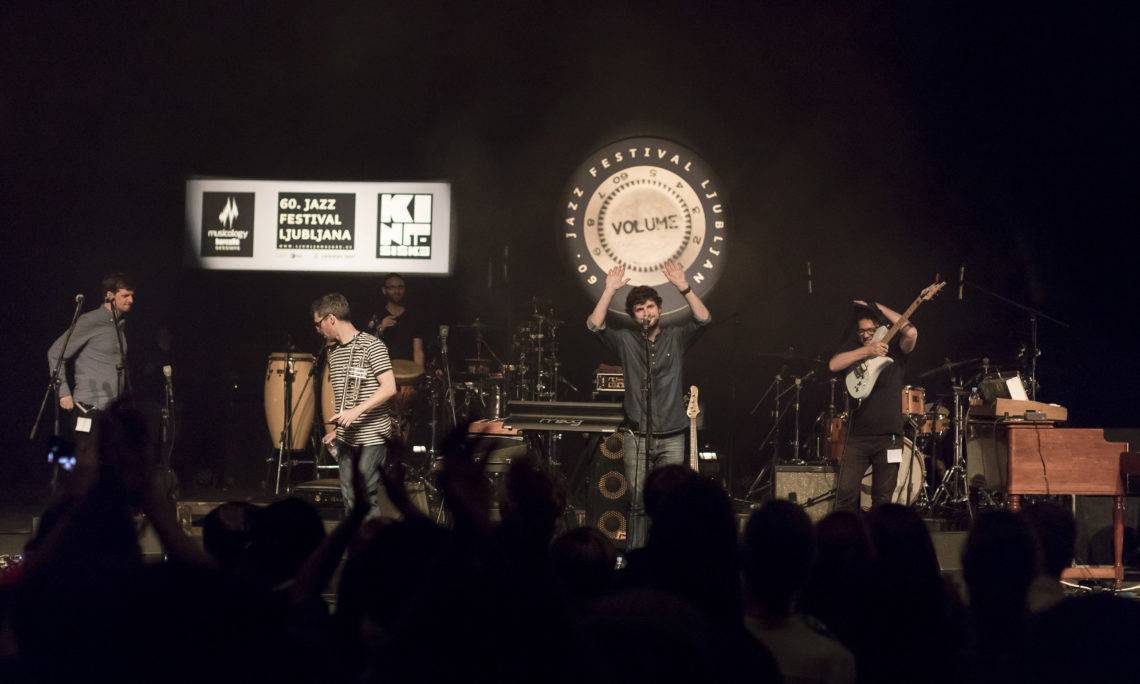 The U.S. Embassy in Ljubljana supported the 60th Annual Ljubljana Jazz Festival, which brought the great jazz artists together for a series of incredible concerts. The festival featured some of the best jazz musicians from the United States, including Brooklyn-based “fusion-influenced jam band” Snarky Puppy – an innovative group combining jazz, rock, and funk which has won three Grammy Awards. Snarky Puppy seamlessly fuses a deep knowledge and respect for musical tradition with sonic and conceptual innovation in a way that is able to reach the most critical- and the most carefree- audiences. Though an instrumental band in nature, Snarky Puppy thrives on collaborating with artists from all styles. The other main attraction of this large, popular festival was the American composer, arranger, record producer, saxophonist, and multi-instrumentalist John Zorn, who presented his unique musical style entitled The Bagatelles. The special 4-hour marathon concert featured 14 different ensembles performing over 50 compositions from Zorn’s expansive new book of music. However, the closing night was dedicated to Snarky Puppy’s incredible performance that made the audience dance with joy for over two hours in a pouring rain. It was an I outstanding performance with an incredible energy that moved from the band to the crowd and back again. It was a fantastic ending to this popular festival.