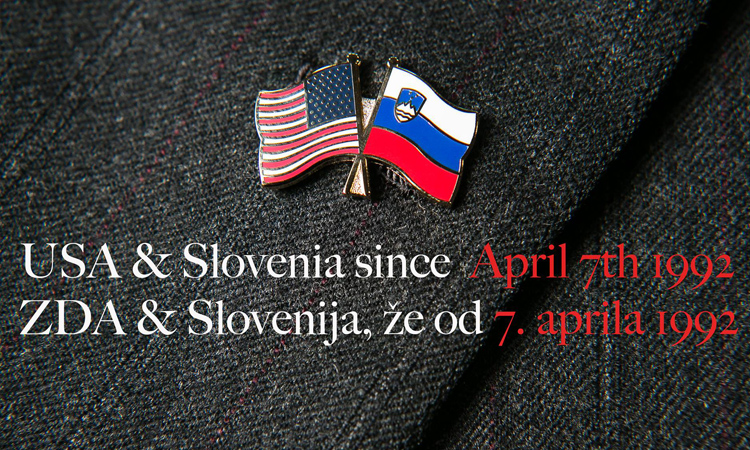 On December 23, 1990, the Slovene people voted to separate from Yugoslavia and on June 25, 1991, the new Republic of Slovenia officially declared its independence from the Federal Republic of Yugoslavia. The United States formally recognized the new republic on April 7, 1992 and opened a new Embassy in Ljubljana just four months later on August 25, 1992. This temporary Embassy was located at Pražakova 4.

A permanent Embassy building was purchased in the mid-1990s and renovations began in 1998. Assistant Secretary of European Affairs Marc Grossman and U.S. Ambassador to Slovenia Nancy Ely-Raphel opened the new, current Embassy chancery, located at Prešernova 31 in Ljubljana, on December 17, 1999.

Timeline of 25 years of U.S.-Slovenian relations