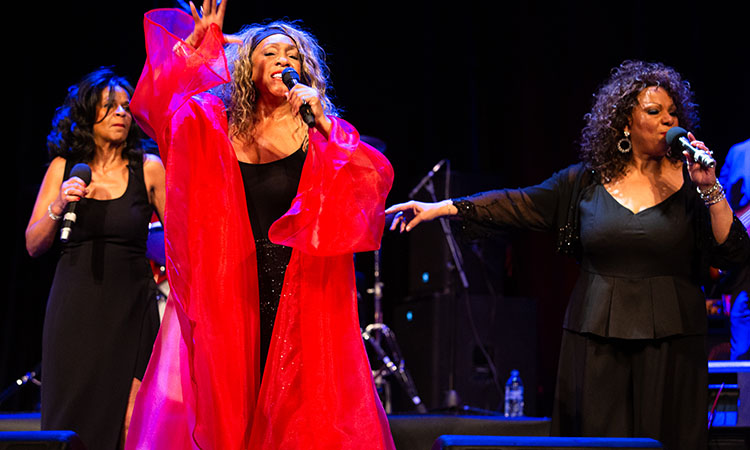 In celebration of Black History Month, an annual celebration of achievements by African Americans in the United States, the U.S. Embassy in Ljubljana was pleased to sponsor the visit of a prominent voice in African-American musical history – Mary Wilson of the Supremes. One of the most influential and famous groups of the 1960’s, the Supremes gave us hits like “Stop in the Name of Love”, “Baby Love” and many more. Since her last appearance with the Supremes in 1977 Mary Wilson has released three solo albums, twelve singles and two best-selling autobiographies, “Dreamgirl: My Life As a Supreme” and “Supreme Faith: Someday We’ll Be Together”. She is a true living legend who has, in her long and distinguished career performed for kings, queens, politicians and millions of fans around the globe. And in addition to her musical fame and talent, she is an inspiration to young people around the world. As an African-American who came up during the turbulent times of the civil rights movement, she has experienced both the difficult history, and promise, of the United States. As such, she is a figure that can truly inspire young people and with full confidence, challenge each of them to dare to dream. Because she knows that dreams do come true! From high school students in Ljubljana, to a packed house at the Narodni Dom in Maribor, where fans were dancing in the aisles, Mary Wilson gave Slovenia a “supreme” experience that was truly a once in a lifetime opportunity.
Photos by Luka Dakskobler.