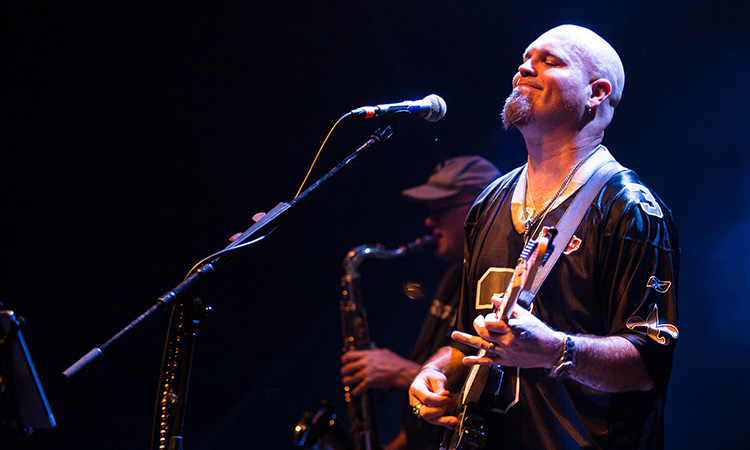 The end of June was dedicated to a happy excess of great American music around Slovenia. The 10-day tour by The Jason Cale Band in Slovenia, organized and sponsored by the U.S. Embassy in Ljubljana, included concerts in widely different parts of the country. This outstanding cultural exchange program included six public engagements in different parts of Slovenia. The Jason Cale Band is known for their own special style of contemporary blues-rock fusion with a healthy dose of New Orleans funk. Jason has blues running through his veins, dating back to a childhood spent soaking up the culture of the deep South of the United States, including New Orleans. And this influence shows. The band spread their outstanding jazz, blues and rock sound—and their amazing energy—on and off stage in Ljubljana, Trbovlje and Ravne na Koroškem. They performed at the LENT Festival, the biggest summer festival in Maribor and concluded their visit at the Gora Rocka Festival, which was established in 2005 and is known in Slovenia for its highly professional organization, supported by a bulletproof line-up of well-established Slovene rock acts and big names from surrounding countries. Although they put on a great show, the most important aspect of the Festival is its primary goal: to raise money for charity. Each year, the organizers donate all profits from the event to community services or other important causes. The Jason Cale band was an explosive and engaging exchange, and the Embassy was proud to sponsor Slovenia’s introduction the exciting world of jazz and blues rock fusion!