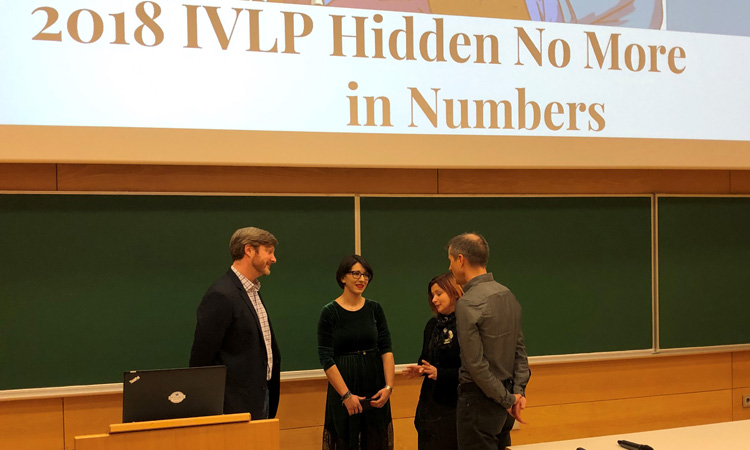 There is no limit to what women can, and should, achieve. Especially in the fields of science, technology, engineering, and mathematics. This was the message of Dr. Emilija Stojmenova Duh’s recent programs in Maribor and Ljubljana. Dr. Duh, a recent IVLP alumna from the #HiddenNoMore program, worked with the embassy to organize screenings of the movie “Hidden Figures” in Ljubljana and Maribor, attracting over 150 viewers—from young students to accomplish professionals and educators. Through this program, stressing the key messages of the hit film “Hidden Figures” which shares the untold story of the courageous African American women working at NASA in the 1960s, and whose contributions in mathematics launched the first U.S. astronaut into orbit, Dr. Duh’s screenings and remarks emphasized that women around the world should be empowered to become leaders in STEM fields. In both screenings, Deputy Public Affairs Officer Brian Street emphasized the U.S. commitment to supporting greater representation of women in STEM, and addressed the underlying themes of the film, describing challenges that the U.S. has overcome, and the ways we can all follow the courageous example of the film’s protagonists. Dr. Duh highlighted her transformative experience during her study trip to the U.S. and emphasized themes of gender equality and the power of self-confidence. Through her inspiring and passionate remarks, she described her own challenges as a woman in a traditional male field, and how she overcame these obstacles to become a successful leader. She challenged all the young women present to follow her lead and never take no for an answer.