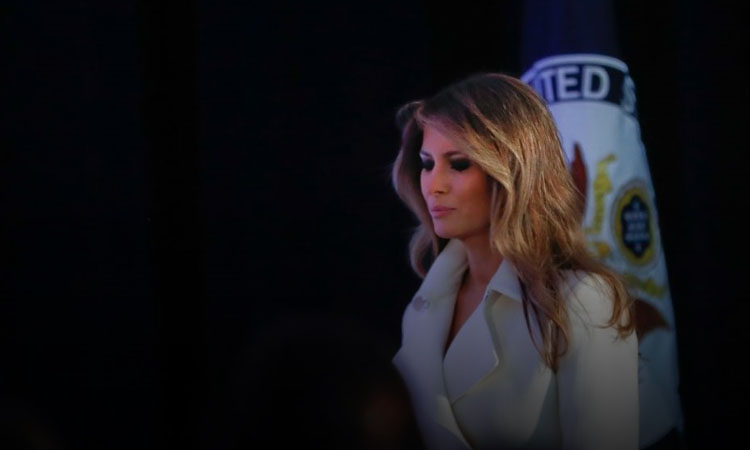 First lady Melania Trump honored a group of women from around the world for their bravery in fighting for women’s empowerment and human rights, often at great personal risk.

“Each one of these heroic women has an extraordinary story of courage which must inspire each of us to also achieve more than we ever imagined possible,” the first lady said March 29 in a ceremony at which she bestowed the secretary of state’s International Women of Courage Award to 13 extraordinary women. “Their lives remind us of the boundless capacity of the human spirit.”

The award was founded in 2007. It honors women who have demonstrated exceptional courage, strength and leadership in improving the lives of others.

The honorees will travel to several cities across the United States to speak and meet with the American people through a State Department exchange program of professionals called the International Visitor Leadership Program.

“These women have mobilized public sentiment and their governments to expose and address injustice, speak against corruption, prevent violent extremism and stand up for the rule of law and peace, often with little more than their voices and sheer determination,” said Under Secretary of State for Political Affairs Thomas Shannon during the ceremony at the State Department in Washington. “We are honored to recognize this incredible group.”

Since the award’s inception, the Department of State has honored more than 100 women from 60 countries.

Democratic Republic of the Congo