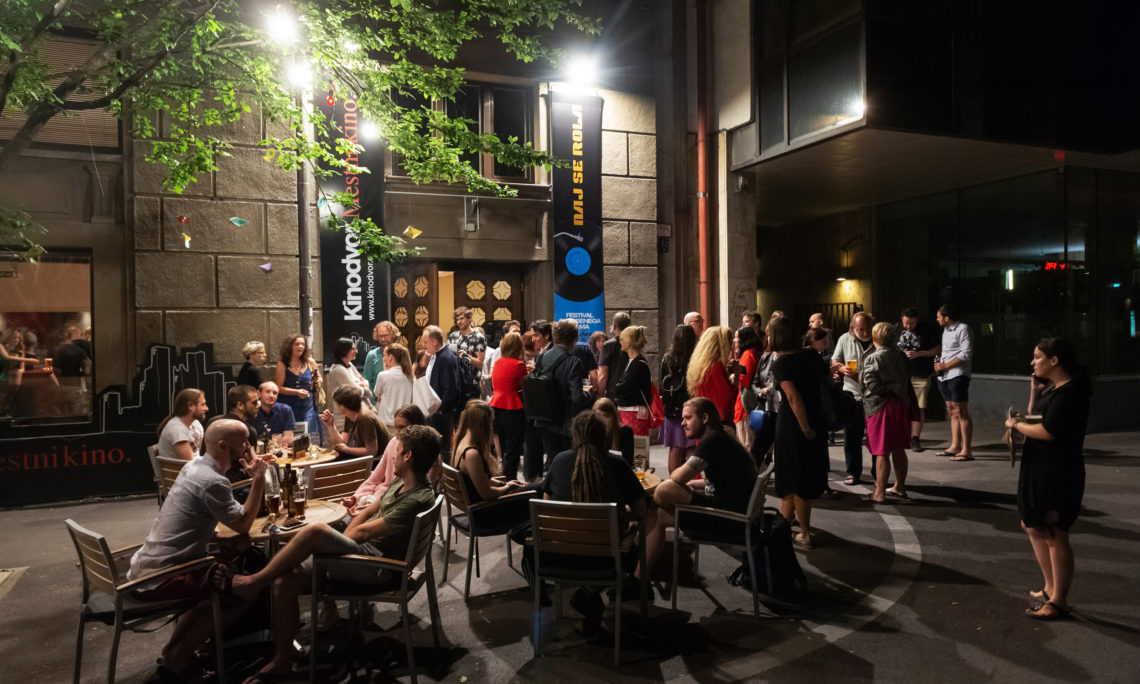 On this, the anniversary year of the fall of the Berlin Wall in 1989, the U.S. Embassy was proud to support the first edition of the “Let It Roll” Music Film Festival featuring the documentary “Free to Rock”, directed by Jim Brown. Featuring interviews with Jimmy Carter, Billy Joel, and many other influential figures from this important time period, Free to Rock tells the story of how rock music conveyed a culture of openness and freedom that could not be stopped by concrete walls, and laid the foundations for the fall of the Soviet Union. The entire first day of the festival, branded “The Wall,” was devoted to exploring music’s influence on these events. The event attracted a full house at the city’s most popular art-house cinema, with more than 200 people in the audience. The film was followed by thirty minutes of expositive Skype commentary by one of the producers, Douglas Yeager, on the making of the film, and the underlying themes. Two more films followed, focused on similar theses. In the frame of the festival eleven music documentaries were presented in the three thematic blocks: The Wall, Anatomy of Fun and The Colors of Music.