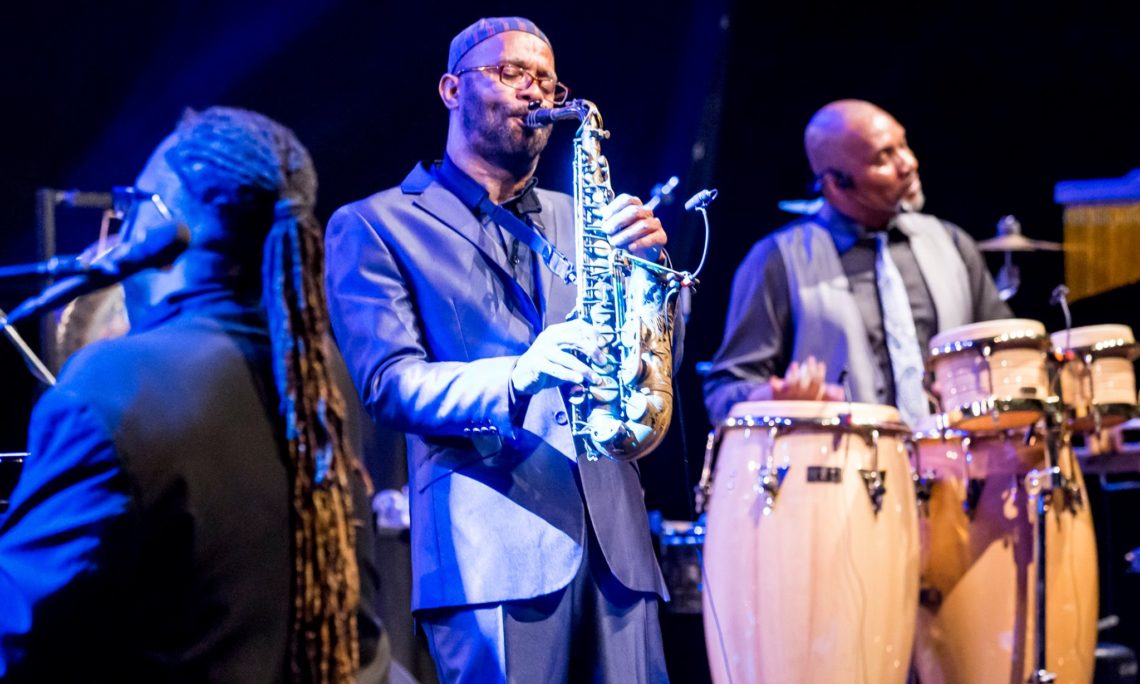 What could be better than to end The 23rd International meeting of saxophonists in Slovenia – SAXGO19 with a concert by one of the “most admired alto saxophonists in the jazz world,” as Kenny Garrett has been described by the New York Times. Grammy Award-winning American post-bop jazz saxophonist and flautist Kenny Garrett gained recognition in his youth as a member of the Duke Ellington Orchestra and Miles Davis’s band but since then, he has pursued a solo career. SAXGO19 is a platform for students, who come from all parts of the world to meet and learn from worldwide famous saxophonists and has over the years gained a reputation in Slovenia and abroad. It offers masterclasses for young musicians, competition and networking. Kenny Garrett and his quintet performed for a huge crowd in the unique and gorgeous environment of the Kromberk Castle amphitheater and made the audience obey the instructions of their new album “Do Your Dance!” Between the engaging music and the undeniable fun of an impromptu Conga line in front of the stage, this event was not to be missed!