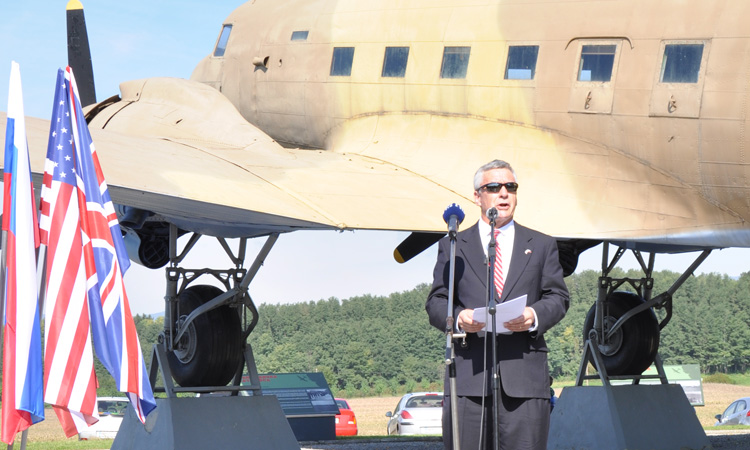 Ambassador Hartley gives remarks at the opening of the exhibition “Born Again – Slovenian Partisans and the Rescues of Allied Aviators during the Second World War” on October 1. The exhibition is located in near the village of Otok in the Municipality of Metlika.  It tells the story of this region and its people during World War II and their efforts to rescue and repatriate over 800 allied aviators and prisoners of war.
Ambassador Hartley’s Remarks at the Ceremony at Metlika (PDF 214 KB)
October 1, 2017