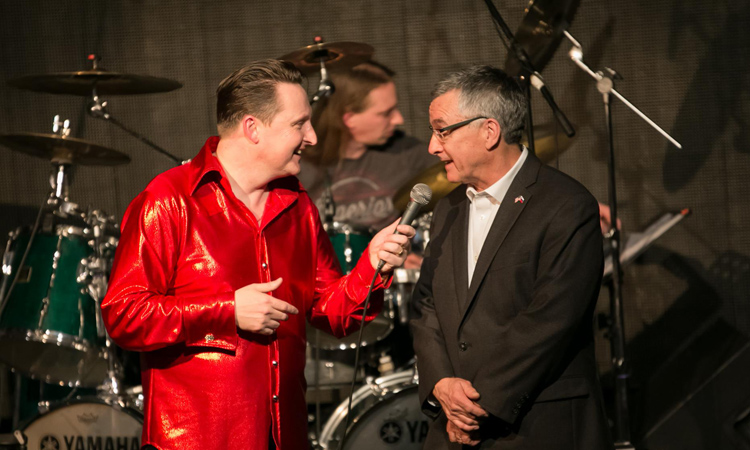 A tribute to the music of Elvis Presley thrilled Ljubljana on what would have been his 83rd birthday. Ambassador Hartley joined a crowd of dedicated Elvis fans from Slovenia and the region for an evening of music from the TCB Band, Dennis Jale, and Sam’s Fever. TCB Band members formed the core rhythm section of Elvis Presley’s band from August 1969 until his death in 1977, giving the evening an authentic link to the King. A fun evening was had by all. Thanks to the performers and organizers for the great tribute to the King of Rock ‘n’ Roll.