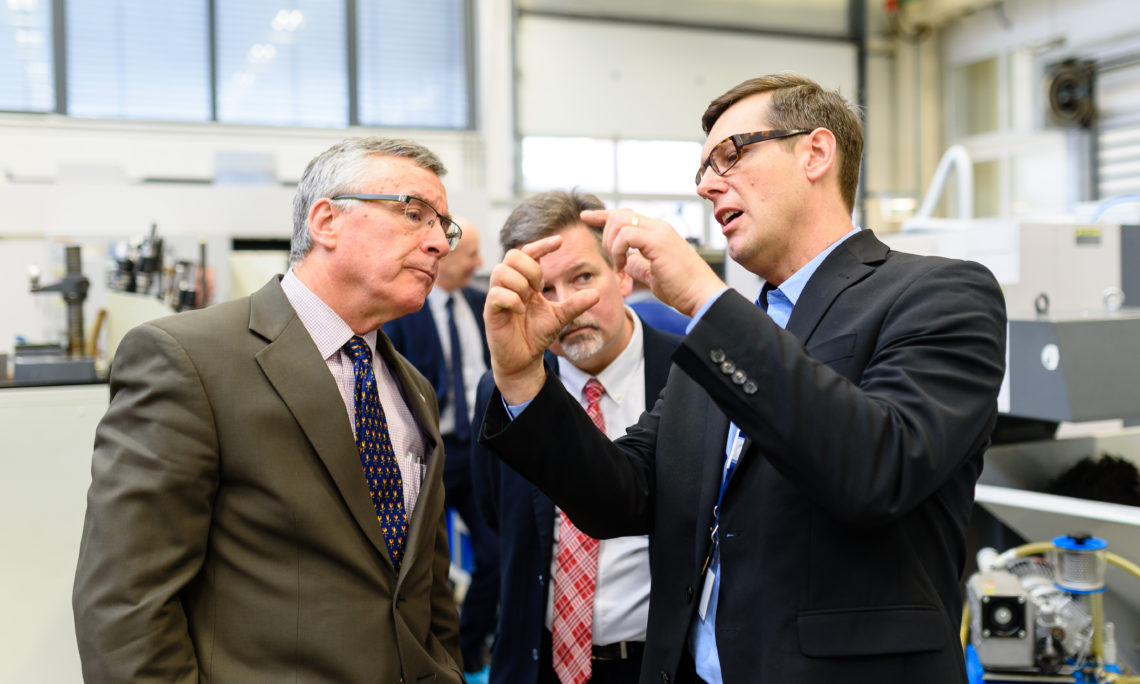 On February 6, Ambassador Brent Hartley visited the western Slovenian community of Idrija, where he met with the management team of Kolektor Group, a multinational company headquartered in Slovenia with operations in more than 30 countries producing highly specialized mobility components and systems for the European, Asian, and North American automotive industries.  Kolektor’s subsidiaries are also active in the energy and construction sectors, as well as augmented virtual reality systems.  Radovan Bolko, president of Kolektor’s Management Board, led the Ambassador on a tour of Kolektor’s Development and Marketing Center, where researchers and developers design machinery and tools to produce electromotor control applications, commutators, magnetic components for electro-mechanical machines and electronic devices, and hybrid parts for automotive systems.  Afterward, Ambassador Hartley visited Idrija’s Municipal Museum in the 16th century Gewerkenegg Castle, where Curator Historian Marija Terpin Mlina presented exhibits on the world famous Idrija lace as well as the mercury mining industry, for which Idrija was recognized as a UNESCO World Heritage Site in 2012.