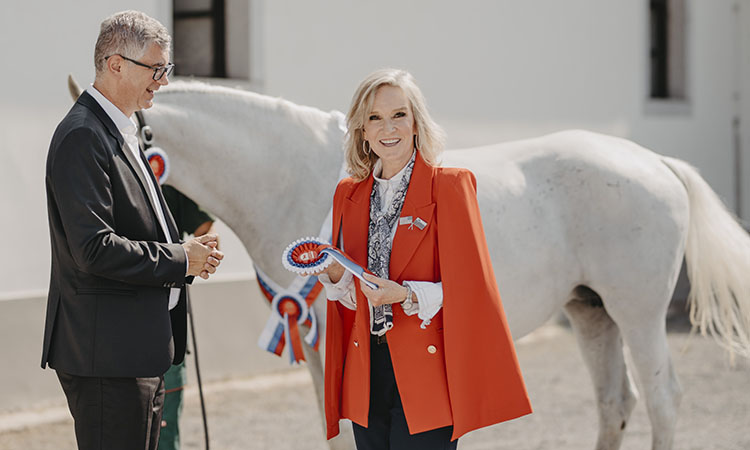 Ambassador Blanchard was honored to become the honorary godmother to a gorgeous Lipizzaner foal named 909 Slavina XXXV, born this April in Lipica Stud Farm. Becoming a godmother is a special ceremony that is part of the Lipizzaner tradition. This ceremony constituted an important symbolic gesture highlighting the many shared values and cultural ties between the United States and Slovenia. During the ceremony, the Lipica Stud farm also commemorated their 440th anniversary and paid tribute to the 75th anniversary of Operation Cowboy, completed in 1945 at the end of World War II, in which American and other allied soldiers rescued more than 1,200 of these special horses.
Photos by Kobilarna Lipica